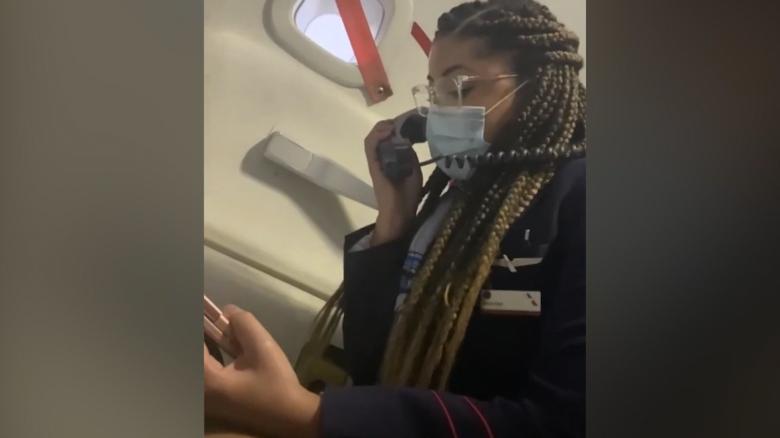 New York (CNN Business) – The Covid-19 pandemic has caused the worst financial crisis in the history of the airline industry. But when the health crisis is over, airlines’ financial problems will probably continue for years.

History has shown clearly that it takes a tremendous amount of time for passenger traffic to recover after a recession.

Most recently, it took a whopping five years after Great Recession ended in 2009 for passenger traffic to recover, according to Philip Baggaley, the chief credit analyst for airlines at Standard & Poors. Even after the relatively mild 2000 recession caused by the bursting of the dot-com bubble, it took until 2004 for US air passenger traffic to again reach its pre-recession peak.

“Recessions are tough for the industry. Airlines are dependent on economic growth,” said Baggaley.

That’s one part of what makes this recession particularly chilling for airlines.

On an overall scale the pandemic has caused widespread economic pain, with millions losing their jobs and burning through savings that they might otherwise have used for discretionary spending like vacations.

But when it comes to that all-important business travel, the situation is arguably worse.

Many companies have fewer employees on payrolls with a need to travel. Most will also be trying to recoup losses or pay down debt caused by the pandemic — and trimming travel by skipping conferences and meeting with clients virtually is likely to be a cost-cutting measure. And, of course, there are many companies that have gone out of business altogether during the crisis.”Business travel typically falls farther and takes longer to recover,” said Adam Sacks, president of Tourism Economics.

Sacks thinks next year’s travel will still be significantly affected by the pandemic itself. But he said he believes that in “2022, we’re dealing with picking up the pieces from the economy that has been damaged.”

“In this case, I think four years [after 2021] is what we’re looking at to get leisure travel back to pre-pandemic levels. Businesses will take at least an extra year,” he added.

There is no blueprint for a crisis like this. The last pandemic on this global scale was more than 100 years ago in 1918, before the age of commercial air travel.

More recent pandemics — such as the SARS crisis in 2003, which badly damaged air travel to and from Asia, particularly Hong Kong — did not cause a global recession. The SARS pandemic was over relatively quickly, and the impact on air travel ended only six months later, Sacks said, as people felt safe flying again.

What airline executives are saying

In this pandemic, US airlines collectively lost $12 billion in the second quarter. So far for the third quarter the five largest carriers — American (AAL), United (UAL), Delta, Southwest and Alaska Air (ALK), have already reported losses of $8.9 billion excluding special items like $25 billion in federal assistance for the industry overall.

And airline executives have been blunt about their expectations for a slow, painful recovery.

“We have to assume that business travel will be lighter for a long time,” said Southwest (LUV) CEO Gary Kelly in an interview on CNBC last week.

He cited examples of business travel taking five years to recover from past recessions, adding, “you’ve got to believe that will be at least the case now. I’ve said it may be 10 years before business travel recovers.”

The airlines are also concerned about a permanent hit to business travel given growing use of video services, although they say they believe the shift to virtual meetings will be limited.

“I’m of the view that it will have some impact, but it’s not going to be a substitute,” said Delta (DAL) CEO Ed Bastian when speaking with investors earlier this month. “I don’t think anybody knows. My sense is that we could be looking at anywhere from 10% to 20% reduction in the next couple of years when we get to that new normal of business travel.”

Most of the financial damage to the airlines so far has been because of a combination of shutdown orders limiting nonessential flying, quarantine rules for travelers and border closings. Travel through US airport checkpoints since March is down 75%.

While those losses may not be repeated — especially if the vaccines and treatments help to beat back the pandemic sometime next year — they still have left an industry that went into the crisis in relatively strong financial shape with much weaker balance sheets. All have taken on massive levels of debt to ride out this downturn.

And they’ve all cut their staff — through voluntary buyouts and in many cases involuntary layoffs and furloughs — to reduce costs. If even a modest level of traffic returns next year with an end to the pandemic, the losses could end by the middle of 2021. But that doesn’t mean they’ll be in good financial shape.

“The airlines may be able to break even again or make modest amounts of money,” said Baggaley. “But even if they’re able to make money at this lower passenger levels, profitability won’t return to previous levels any time soon.”